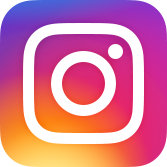 The first written mentions of Valeč date from 1358, but it’s clear that settlements were here thanks to it’s convenient location even long before that. The landmark of Valeč is, without doubt, the castle which throughout history switched it’s lords and with them it’s face. In 1976 a fire significantly damaged the building. The effects of it are unfortunately visible to this day, due to insufficient fundings...

The last count of Valeč was count Larisch in 1945, after that the castle was caught in the turmoil of history. The administration was run by Organization of political prisoners, Central management of state forests and farms, the castle also served as a provisional home for Korean children and as an orphanage. At that time, it had to be shut down because of the devastating fire.

Integral part of the castle is a large park known for it’s gallery of sculptures made by baroque artist Matyáš Bernard Braun. Another historical sight you mustn’t miss is the summer residence - it’s a tradition already that every year a unique site-specific exhibition takes place here during the festival. Nearby stands an obelisk with signitures of the Korean kids still visible alongside signitures and messages from the present.

If you get tired of walking around, stop by the tiny but lovely café Prádelna (=laundry room, which was originally the purpose of this small building). It’s run in collaboration with our association and it’s one of many signs that we really care about long term upgrades in the town.

The Doupov mountains surround Valeč and even though it’s partially a military area, there are many places accessible to the public, marked with touristic marks. From Stráž nad Ohří you can head to a mountain called “Heavenly rock” and from there continue to the ruins of “Angelic castle”. Apart from many other hills and ruins, try visiting the “Rockery of the elves” - rather unusual cave formations named after an old elf legend.

The last couple of years Povaleč has been very lucky regarding weather. Most of the time it was hot and sunny, so visitors happily took advantage of the outdoor swimming pools nearby. The closest one is in Žlutice - a village just 1 km away. If you have a car, it’s easy to get to other outdoor swimming pools in Podpořany or in Krásný dvůr.

However great summer swimming is, we strongly appeal to your common sense - swimming in sweltering heat (especially while under influence) can be dangerous and fatal.